I'm exhausted. Someone accidentally spilled boiling soup on Georgia at a party last night (Happy Fourth of July to us) so we ended up at the emergency room. She's ok. Happily playing right now, and doesn't seem to be in too much pain, amazingly enough. Tough kid.

Anyway, here are some photos from our weekend.

Hands are feeling better, so knitting started up again.

A sculpture made entirely from film: 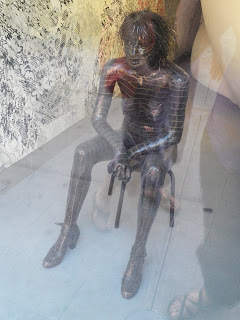 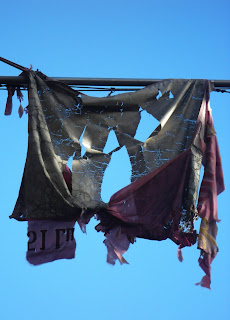 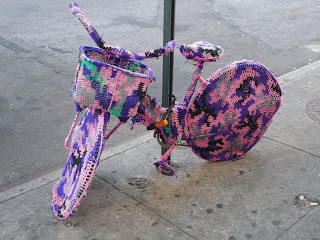 Never seen this building from this angle. Had no clue the back side was blue: 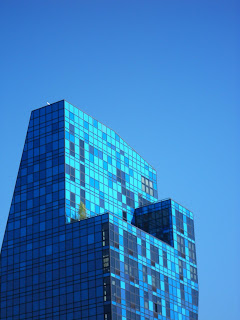 Our friend John kept getting attacked by butterflies (and as he said, in his own "obituary," moments later was tragically trampled by unicorns). Butterfly is on his back: 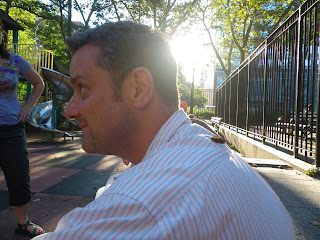